Together, we produce 2,1 billion tons of waste each year. To show that waste can be reused in a useful way, student team TU/ecomotive from the Eindhoven University of Technology presents a car made almost entirely out of waste. The result is a sporty looking, electric car named Luca. Luca’s chassis is made out of flax and recycled plastics, of which the plastic is taken straight from the ocean. Also, the body, finish, windows and interior are made out of recycled materials like PET-bottles, ABS and even refined household waste. 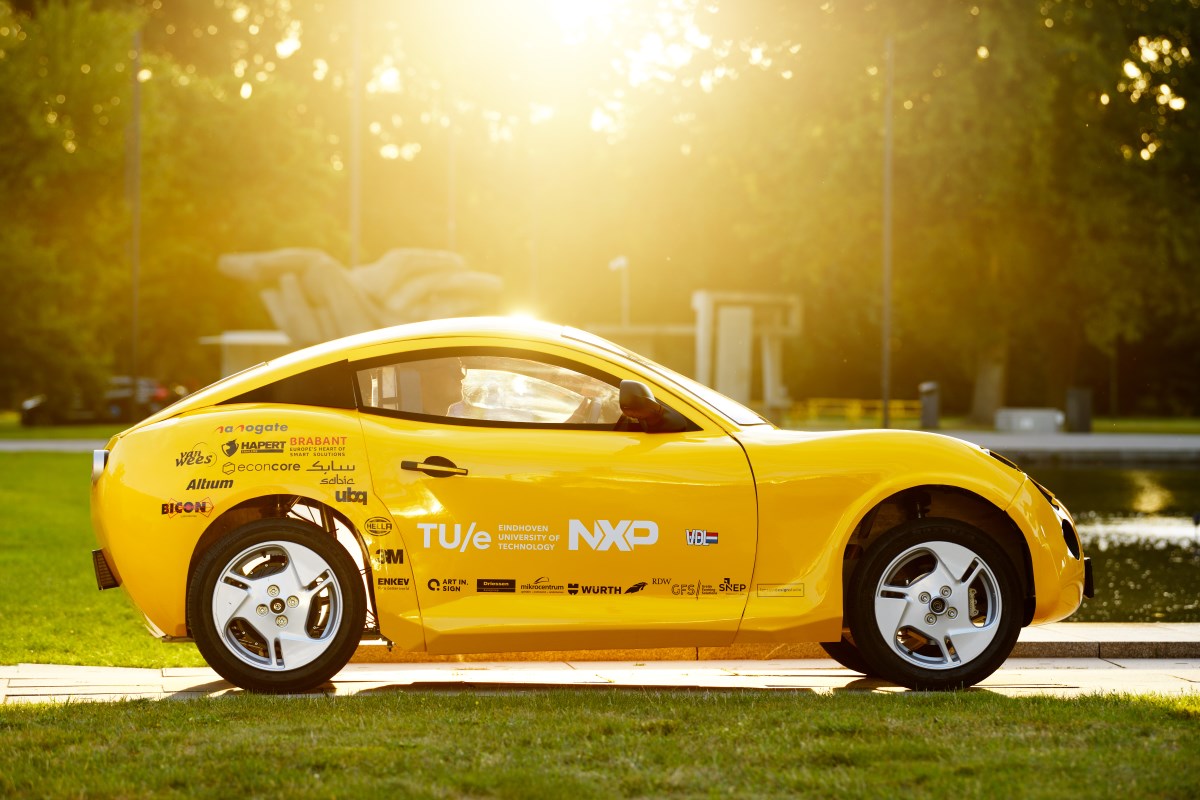 After student team TU/ecomotive found a partner in GEM motors, Luca became a compact car with two GEM electric motors in the rear wheels. The car reaches a top speed of 90 kilometers per hour and a range of 220 kilometers. Besides the efficiency provided through its electric drive train, a great deal of Luca’s efficiency comes from its lightweight construction: the car only weighs 360 kg without batteries. That is more than half of the weight of comparable cars. Besides, this the car only requires a total of 60 kg of batteries, which in comparison to the hundreds of kilograms for other electric cars, stands as another attribute to its resourceful design.

Plastic out of the ocean

The chassis of Luca consists of a unique sandwich panel that the students have developed in collaboration with several companies. The sandwich panel consists of three layers: the two outer layers which are made from a combination of flax fibers and a plastic taken from the ocean, and a middle layer, namely a PET honeycomb core. This combination ensures that these materials together have maximized their strength by pushing the materials beyond their normal end of life applications. An example of this is the core which is made 100% from recycled PET bottles.  As PET can only be recycled ten times, by implementing it in a car, the lifecycle can be drastically extended.

The implementation of waste, however, does not end there. For example, the body of the car is made out of recycled ABS, a hard plastic used in lots of consumer products, like toys, televisions and kitchen products. The car gets its yellow color because of a wrap, a colored foil, instead of a paint job. This foil can be removed without leaving any residues. This leaves a clean plastic that requires little to no refinement in its recycling stream. The side and rear windows are also made out of recycled materials. The recycling process gives the windows a luxurious, black tint. Sustainability can be anything but boring.

Check out Luca, the concept car of the future: https://www.tuecomotive.nl/luca/

Join public presentation of the OSCI-GEN project
Scroll to top